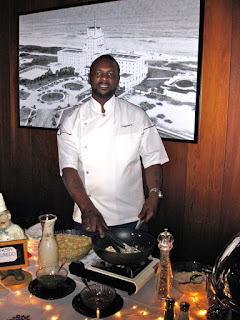 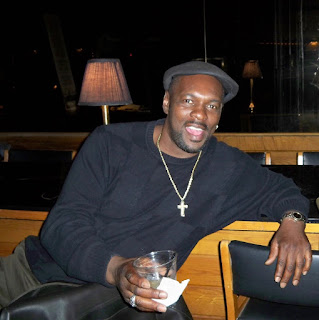 Mister Cliff is what we called him.

He started at Cagney's as a scrawny, cocky 16-year-old dishwasher. Neat as a Zen monk, he watched and learned as Shorty Harley, then Danny Stauffer, then Donny Lamb poked, turned and grill-marked our steaks. When the time came he became the grillman. Within a year he was "the man". He was so respected by his fellow kitchen staff they honorary-titled him by putting Mister in front of his name because they knew he was a mountain they could never climb.
For the next 36 years Mister Cliff was our grill and broiler magician. Armed with a steel-trap memory you can't teach, his consistent example earned the admiration of all who had the pleasure of working with him. His attention to detail and pride in every order set the standard for excellence. He could see every station and sense every holdup, clear every snafu, calm every weeded server and correct every misplaced order, while he laughed loud and long and rapped the lyrics of every boombox song. And he did this night after night while the line pumped out 500 orders.
Every Indie owner of a food joint who was lucky enough to weather the good and times and last a few decades owes much of their success to a Mister Cliff.
Posted by Diogeneclemens at 1:24 PM